12:00 noon – The Multi Row Harp – A Solution to Chromaticism through the 17th Century (Dr. Christa Patton)

A comparison of multi-row harps, and their development, technique and repertoire including the Italian arpa doppia, arpa a tre registri and the Spanish arpa de dos ordenes. 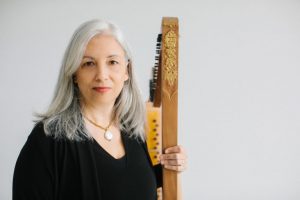 Christa Patton, historical harpist and early wind specialist, has performed throughout the Americas, Europe, and Japan with many of today’s premier early music ensembles including Piffaro the Renaissance Band, Early Music New York, Boston Camerata, The King’s Noyse, Folger Consort, Newberry Consort, Apollo’s Fire, Parthenia, ARTEK and Chatham Baroque to name a few. As a Baroque harpist specializing in 17th century opera, Christa has performed with New York City Opera, Wolf Trap Opera, Opera Atelier and the Opera Theater of Saint Louis. As an educator and scholar, Christa has served on the faculty of Rutgers University and the Graduate Center at CUNY. She is also the director of the Baroque Opera Workshop at Queens College, a workshop specializing in period-specific performance practice of 17th century musical drama. In the recording industry, Christa has fulfilled both the role of recording artist and record producer.

An exploration of the proper ornaments to use and way in which to execute them on the harp from Alonso Mudarra to the French Revolution. CLICK HERE to display Mara’s handouts. 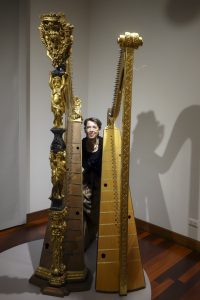 Mara Galassi studied pedal harp with Luciana Chierici in Milano, David Watkins in London, and Emmy Huerlimann in Zuerich, performance practice with the harpsichordist David Collyer and the lutenist Patrick O’Brien and musicology with Michael Morrow in London.

In Duo with the dancer, actress and regisseur Deda Cristina Colonna she participated in the film “Voluptas dolendi- I gesti del Caravaggio” produced by the Marco Fodella Foundation.

She has recently founded the “Ensemble de harpes Sebastièn Erard”, devoted to romantic music for harp ensemble on original instruments.

First introduced by Jesuit missionaries in the 17th century as an instrument used to accompany liturgical functions, the European Renaissance diatonic harp underwent local transformations in Southern South America. In the late 19th century, the instrument was adapted into the performance practices of Paraguayan traditional and popular musics.

Since social discourses in twentieth and twenty-first-century Paraguay have consistently demonstrated an interest in the dissemination of folklore and traditional music in order to promote a Paraguayan identity rooted in cultural and musical nationalism, I argue that past and current cultural discourses have reinforced the Paraguayan harp as a practical illustration of paraguayidad (“Paraguayan-ness”).

In fact, through compositions based on folkloric music genres – mainly the polca paraguaya and the guarania – as well as music festivals and government proclamations – including a 2010 document designating the Paraguayan harp as “instrument symbolic [of the] national musical culture” and a second proclamation signed in 2019 declaring the instrument as “immaterial cultural patrimony of the nation” – the “national instrument” has been systematically imbedded in the local social imagination through the promotion of the instrument as a master symbol of Paraguayan identity. 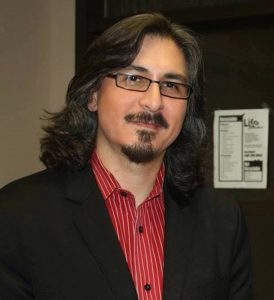 Dr. Alfredo Colman is Associate Professor in Musicology and Ethnomusicology at Baylor University. He received his PhD from the University of Texas at Austin. His areas of specialty include Latin American music nationalism and cultural identities, the folkloric and concert music of Paraguay, the Paraguayan harp as a cultural symbol, and the musical works of Paraguayan composer Florentín Giménez (1925-2021). He has presented papers and discussed his research findings at musicological and ethnomusicological conferences in England, Germany, Mexico, Argentina, Paraguay, and the United States.